The two most common use cases for Entity annotation relationships are the following:

Coreference resolution is the task of finding all words/expressions that refer to a common word in a body of text. This is important for NLP tasks that involve natural language understanding such as document summarization, question answering, and information extraction.

Coreference resolution usually includes nouns, noun phrases, proper nouns, and pronouns. For example, in the phrase “Freckles, the neighbor's cat, jumped over the fence because he was afraid of the dog”, the words “Freckles”, “cat” and “he” are all referring to the same cat and should be associated via a relationship.

Dependency parsing is the process of recognizing the grammatical structure of a sentence based on the dependencies between the words.

How to create Entity relationships 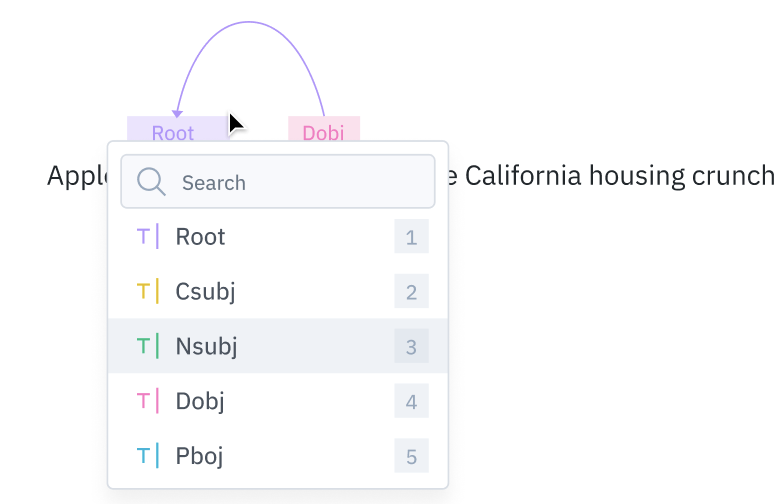 Note that the relationship itself and the definition are considered annotations.

See what relationships will look like in the Label export.