For more information on the import format, see our docs on conversational text.

Below are all of the annotation types you may include in your ontology when you are labeling conversational or thread data. Classification-type annotations can be applied at the global level and/or nested within an object-type annotation.

To create an entity, simply choose the entity tool in your ontology and select the string of text by clicking the desired starting character and dragging to select a sequence of characters in the unstructured text.

One unique feature of our conversation editor is the ability to label specific messages in a conversation with a radio classification value. This enables you to annotate messages with values such as intent or user sentiment. 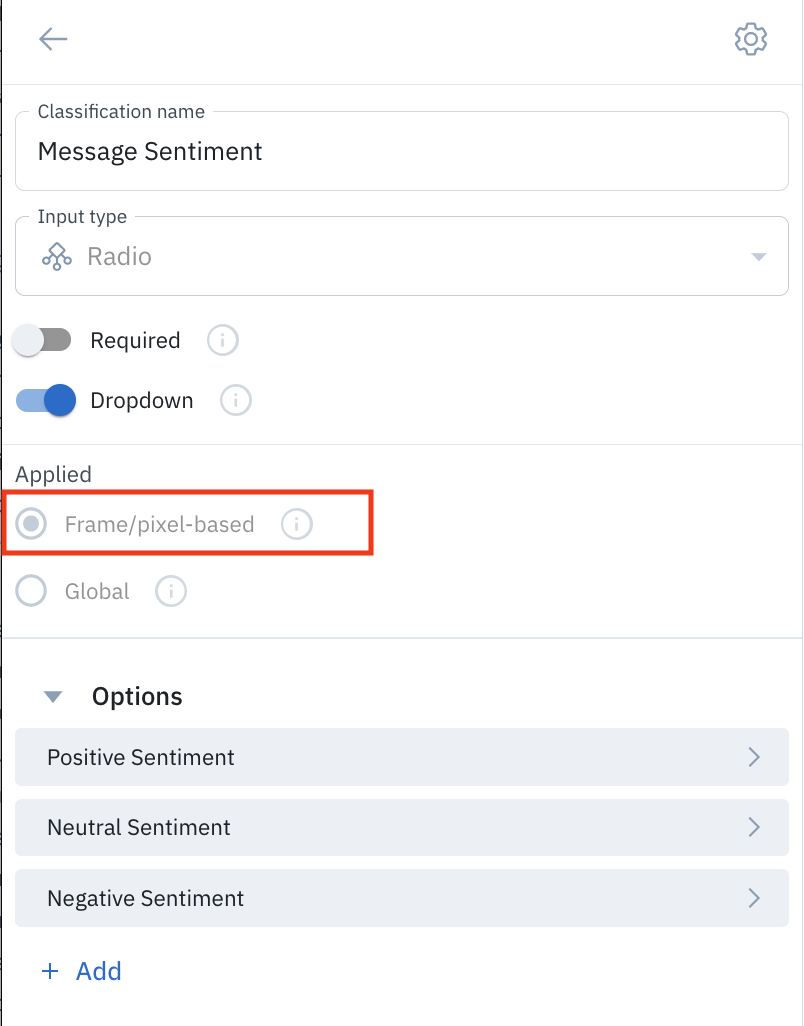 Create an annotation relationship with the following steps:

Below are two common cases for using entity relationships:

Coreference resolution is the task of finding all words/expressions referencing a specific word in a body of text. This is important for NLP tasks that involve natural language understanding, such as document summarization, question answering, and information extraction.

This method usually includes relating nouns, noun phrases, proper nouns, and pronouns. For example, in the phrase, “Federer, the Swiss champion, won again because he served masterfully,” the words Federer, champion, and he are all referring to the same person and should be associated via a relationship.

Dependency parsing is the process of recognizing the grammatical structure of a sentence based on the dependencies between words.